You have submitted more than a million game results to my server. I am impressed and even if the participation numbers are decreasing, the perseverance of you Clickomania players out there is admirable.

Since September 7 2004 it is possible, to submit a Clickomania next generation result to this website. The results show up here for 4Farben, Actions, Classic, Freaky and Online. 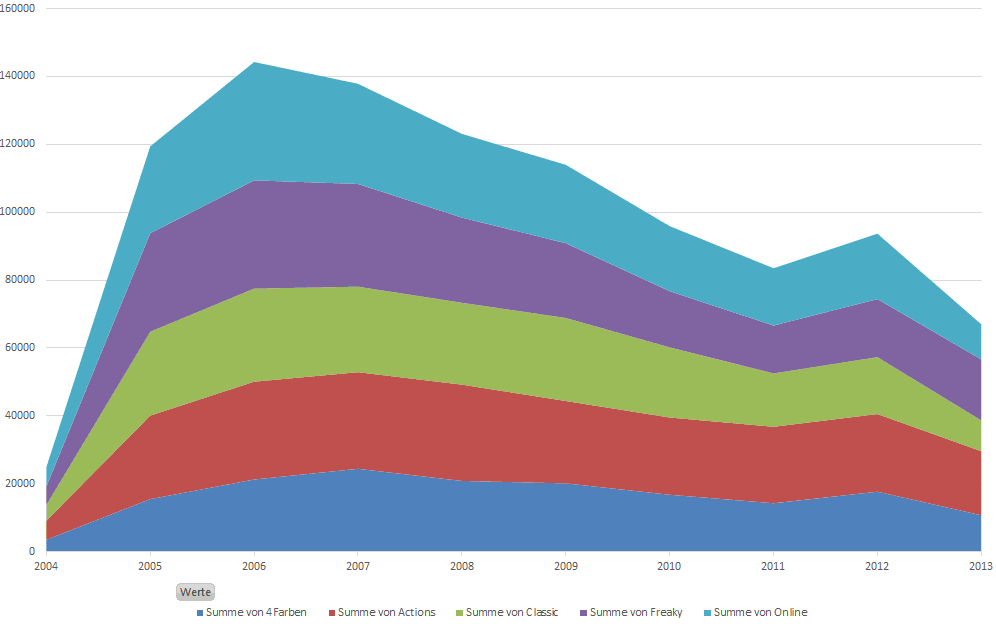 The counter tells me now, that after almost ten years, the one million barrier has been crossed. That means, about 100’000 games a year have been submitted, That’s about 300 games every day. Twelve games an hour. Or one every 5 minutes.

Of course, the game playing has not been that constant over the whole period. I registered the peak with over 13’000 results in February 2006. Since then, a more or less steady decline took place. That’s no miracle, since I have not updated the game since February 2006 (the reasons are explained here). The game can actually be played even with Windows 8.1, but of course, casual gaming has shifted from Windows to mobile platforms, smartphones and tablets. So, for me, it’s no surprise, that the numbers go back – on the contrary, I consider it a miracle that still so many people play the game on a regular basis.